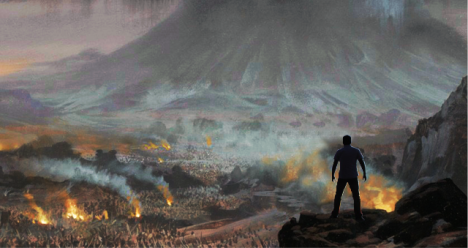 “I found myself on the other side of the door and at the top of a precipice.

Here’s the rest of my story…”

How the story started

The Beginnings Project came about from Mark Gardner’s desire to try his hand at stream of consciousness writing, not with ink on paper as Laurence Sterne did in the 1700’s, but with an old typewriter, as James Joyce and other modernist novelists have done using that narrative mode.

Using an old typewriter can mean everything from simply connecting with a writing device of old—and any number of connotations that may accompany—to attributing mystical properties to it that allow for the release of stories pent up within it.

Yes, Gardner’s got a great voice and style but what if it was the typing of “Beginnings” on an old 1949 Remington Quiet-Riter that made it everything from merely special to something akin to Aladdin’s lamp?

A collaborative writing project that began fortuitously and is perpetuated haphazardly.

How it works, currently

It’s a baton-passing event: if you read Gardner’s “Beginnings” and it moves you to want to participate, just leave a comment on the last chapter posted that you’d like to write the next chapter.

Give all existing chapters a read and see what they say to you collectively, then write your chapter to advance the plot however you see fit.

With a view toward the end goal of this project, use a typewriter to generate your chapter if you can. But really, the only essential thing is getting your vision down and having a ball doing it. 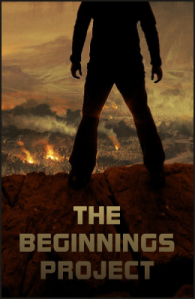 and whoever wants to pick it up next, has only to leave a comment with you, saying so, and around it goes again…

A novella eBook with the story first and the typewritten pages as an appendix.

(And this would mean splitting the proceeds quarterly or something to be determined.)

So you might as well grab the badge and jump…

8 responses to “Go ahead, jump”