NOTE:  this is another combined deal for SS prompt #161 “Confession” and making up for missing an early ESC assignment—some missing, misinterpretation, misunderstanding went on…  Anyway, the assignment was to draw from youth for first person fiction.  I was in a hurry, so lucky you ; )  The title’s inspired by Micheal O’s “The Bayman’s Blues” which I listen to at least once per day, for that voice, those guitar solos.  I once lived near Ozona, FL,  used to know shrimper, Captain Tom, used to go to SPJC, used to live on a bay, and some of my best memories were made there : )

I wound along Bayshore Drive where the ocean breeze pushed harder into the sandy land.  It pushed all warm, clear and spirited past me, through to the live oaks dripping down spanish moss.  It rustled leaves and tinkled bells and chimes on the old crackerbox palaces and the new ones on pilings.  The last week of the summer semester had gone on and on, all glaring and unbearably hot, and landlocked as I’d been, I was crazy for a fun time.  Ozona was singing its wild song and I bent toward its music like a palm tree in the wind.

I turned in to Captain Tom’s Marina and parked over by the bait shop with its beat tin roof and makeshift signs painted “Tackle,” “Live Bait,” and “Beer.”  The place looked like it was fixing to tumble into the sound, board by pitted board, but it was built solid, all of it.  The weathered clapboards were as smiling old salts, guardians of the interior:  thick, wide floorboards worn wavy and smooth like a longtime lover; and great brown walls, knotty with character.  Signs were tacked up everywhere, made of everything—paper, wood and those rich, old-time, rusty tin signs that made even chewing tobacco look good.

I scrambled out of the old Monte Carlo I’d scrounged a couple hundred to buy, a huge maroon beast with a hanging-down headliner, cracked dash, and a hood a mile long.  The nearly six liter engine crackled and hissed and stunk as I ran flip-flopping by it, across the blinding white stones and crushed shells to the bait shop door.  The little shopkeeper’s bell jingled as I pushed inside blinking and looking around, hoping like mad that Captain Tom would be there and maybe take me out on his boat or go with me up to Fast Eddie’s for lunch.  When my eyes had adjusted I saw no one at all.  The place was left to its own sweet reserves.  I waited, delighting there, thinking about Captain Tom, picturing what all I’d say when he walked in the door and how things might go down.

The bell on the door jingled and I started, looked, trying to balance eagerness and coolness.  It was just Beau.  Beau was a go-getting cracker trying with all his might to make good, make something of himself against the damnedest odds of bad mojo in general.  He was older, like late thirties, like Captain Tom, and he was the Everything Man around the marina.  He lived just down the street in a beat-up shanty on a tiny piece of land left to him by his lost hobo daddy.  Countless times the City had tried to buy Beau out or to condemn his shack, but Beau’s neighbors would always rally around and help him rectify whatever the enforcement order listed as being in violation.

Beau came blustering in blinking, and when he saw me, he stopped just short of me and stepped back, his face brightening.  He regarded me with a satisfied smile.  “Why, Miss Emmeline!  You lookin’ finer than fine today!  You gonna go catch y’self some rays at the beach?”

“Sure ‘nough!” Beau said, grinning.  “Cap’n Tom took Miss Lilly out on the trawler earlier.  Came in from shrimpin’ last night, slept for a coupla hours and he was up and at ‘em gettin’ ready to go out again.  Then I seen Miss Lilly drive up and I says to myself—”  Beau stopped, lifted my chin with the crook of his first finger and exclaimed, “Wouldya look at that sweet lil face!”  He cocked his head around slightly, examining my eyes and different angles of my face.  “Why, Missy Emmy!  You got a way big thing for Cap’n Tom doncha?”

I snapped my head away, angry.  “What makes you say that?”

“Christ, Beau, give me a break!” I begged him, my eyes starting to tear up.

Beau put his arm around me, gave me one of those side hugs, and whispered in my ear, “You too good for the likes of Cap’n Tom, Princess.  That one, he ain’t never gonna settle down, an’ he got an ornery streak twenty-five mile wide.  Trus’ me.  You deserve a good, lovin’ man, an’ Cap’n Tom ain’t that!”

I smiled.  Beau made my heart glow, he was so sweet.  He gave me one final squeeze and let me go.  “Now, Miss Emmeline, what can I do you for?” he asked, laughing.  “I bet you be wantin’ some beer, am I right?”

I stood there, head down, twisting one flip-flop around on the floor, pondering.  It was sort of my secondary plan, getting some beer and seeing who all was down on the causeway.  But that was a lie, I guess, because it felt all wrong now.  I looked up at Beau, his face so tender and earnest, and I just said “I don’t know, Beau.  Right now I’m just gonna go out on the dock and think for awhile, alright?”

I smiled at Beau.  He was a good, good man.  “I hear ya, Beau” I said to him.  I jingled out the door and walked on down the steps toward the dock.  It was a short dock, not like the one down a way, south of the breaker, with 52 slips.  Here there was just seven on one side and the other side was for the trawler.  This dock was all worn like the floorboards in the bait shop and had as much character.  I walked down to the sad, wooden end, sat down and swung my legs to that wild, Ozona tune.  I watched my feet swing and felt that pushing ocean breeze smoothing over my face and back through my hair, like it was trying to tell me this was nature and everything in it is OK.  I didn’t believe it.  I only wanted to believe vigorous, humorous, mighty Captain Tom was for me, him and his smiling, sea-blue eyes.

I looked up, stared out across the sound, out toward Honeymoon Island, thought about how beyond that was the Gulf of Mexico all wide and looking endless, like there was no more land after that, like Ozona was the end of the Earth.  But it wasn’t.  There was Texas and Mexico and the wide open Pacific and if you kept on going you’d end up right back here at this very dock.  I smiled, dreamed on, let my staring eyes glaze over, and soon enough the piercing gulls’ cries dulled down to what sounded like women’s voices, millions of them, riding the pushing wind.  The voices were whispering, laughing, confiding, confessing: Listen, listen…I could have done better…I followed my heart…I didn’t live fully…I never loved you…I loved you…  It was all so rich and heady a thing that I impulsively added my own confession to the wind: It was your free-spirited power I wanted, wild Captain Tom, but I see now that I have my own.

JMike Inferno aka Land of Orz

LYRICS, supplied by the the man himself:

And they’re gonna sell it to you

And I’m gonna tell it to you 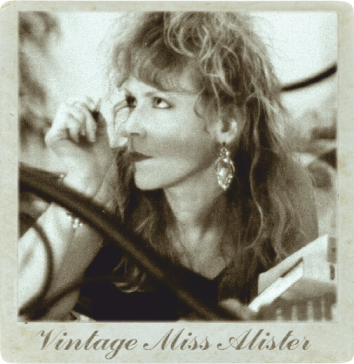